Whether you realize it or not, every time you step in the gym to pound some iron, hit the trail for a run, stride onto the playing field or break a sweat during a workout you are in pursuit of three things: Citius, Altius and Fortius. What? You don’t recognize that? Those are the infamous Latin words spoken by Dominican priest Henri Didon in 1881, which eventually became the Olympic motto that exists today. In the Queen’s English, it means faster, higher and stronger.

So the way we aspire to those three things is to apply a stress or load on the human body that it doesn’t normally get. The most obvious ways are through weights or some other type of resistance. Over time the human body will adapt to that load and become bigger, stronger, faster, leaping tall buildings in a single bound…yada, yada, yada…you know, all that Olympic motto stuff.

I have had the opportunity to work with many endurance athletes from multiple disciplines, i.e., bicycle racers, marathon runners, ultra-runners and triathletes over the years. For the most part this is a very self-motivated and driven population of athletes who are always looking for an edge on the competition. Every once in a while one of them will ask about running with ankle weights. In other words, they are asking if there is any advantage to using ankle weights during training to apply an extra load or stress they don’t normally get during workouts to make themselves stronger or faster.

I like to tell my clients to think of it like the stock market. Everything we do during our workouts has a risk vs reward aspect to it. As a personal trainer it is my job to assess my client’s needs, abilities and goals along with the risk and reward of each movement pattern, exercise or piece of exercise equipment used. I am responsible for navigating my clients as safely and efficiently as possible from where they are now to where they want to be in the near future. I guess you could equate my role in this example as like that of a financial planner trying to help you invest your money wisely to achieve long-term financial independence. 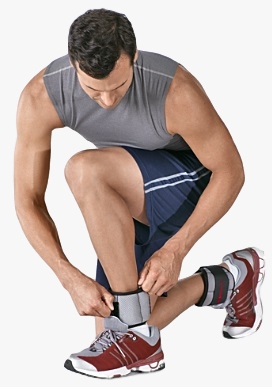 Running, walking and working out with ankle weights is nothing new. It has literally been around for decades. I might add that the experts have been squabbling over whether they are good or bad for decades as well. Something I find interesting is that when you look into this topic, and I am speaking in generalities here, there seem to be two distinct camps on the subject. For the most part the folks you find on the ‘pro’ side seem to be those you find lurking around online forums and blogs aimed at the bodybuilding/heavy lifting/cross fit crowd. In general the ‘con’ side seems to be occupied by the endurance sport crowd.

I will admit there are both pluses and minuses to running with ankle weights. There is research to back up both sides of the argument on this subject. I know, I know, I can hear your inner monologue yelling at your computer or tablet screen now in vain because so far you haven’t seen anything to sway you one way or another. Fear not! Let’s objectively outline and lay out those pros and cons so you can make a sound choice based on reason.

Advantages Of Running With Ankle Weights 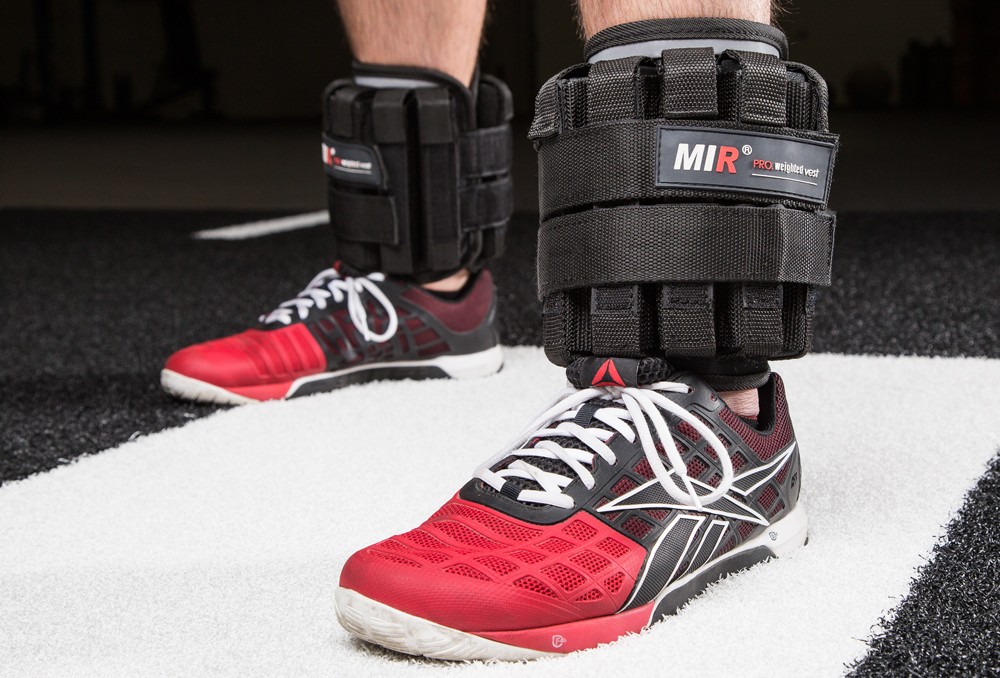 Let’s start with the positives. ‘Archives of Physical Medicine and Rehabilitation’ in the late 80’s published a study that looked at the physiological changes that occurred while running with ankle weights.

In this study eight test subjects, all active males, were put through eight running tests with varying weight from zero-4.8kg either attached to the ankles or the wrists. The treadmill speed was set at the test subjects’ predetermined ‘most comfortable’ speed. It was found that energy output and heart rate increased with each additional weight increment used during the test. So if weight is added and exercise intensity goes up this will mean energy expenditure and heart rate will naturally rise, thereby greater weight loss may be achieved. That’s a big plus!

When I read this study there were a couple of things I found interesting. The first thing that jumped out at me was that the study found that all the physiological changes mentioned above were significantly higher when the weights were attached to the ankles vs the wrists of the test subjects. The other thing I found interesting was that blood lactate concentrations rose during the loaded runs but not significantly compared to the lactate levels recorded during the control or zero loaded runs. Basically lactate levels are a measure of the amount of waste by-products your muscles are producing during exercise. I would have assumed if energy expenditure and heart rate increased then the lactate levels would have risen at the same rate.

It seems like the main objective someone has in mind for using ankle weights isn’t the acute cardiovascular related physiological changes I just mentioned. It is a more basic desire to use them to build up leg strength. It is no secret that, yes in fact, they will accomplish that goal. Livestrong interviewed sports medicine professor Anthony Luke and found the following information:

“Wearing a pair of ankle weights during your run makes your muscles work harder, which leads to quicker growth,” notes sports medicine professor Anthony Luke in an article in the Los Angeles Times.

Livestrong continues by saying, “Luke reports that the use of ankle weights helps strengthen such muscles as your quadriceps, glutes and hamstrings. Ankle weights also elevate your heart rate and the calorie burn of your run.”

Disadvantages Of Running With Ankle Weights 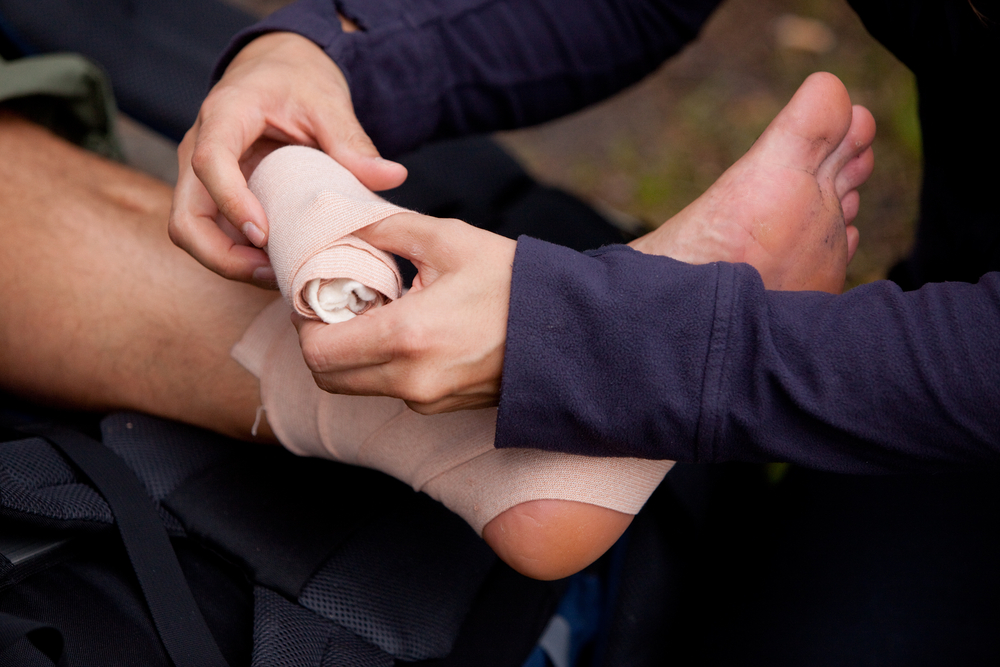 Okay, now let’s switch sides and take a look at the negatives. We have established the fact that using ankle weights will strengthen several large muscle groups. However this will also cause a muscle imbalance over time. Think about your muscular system as a series of rubber bands stretched over your skeleton. Every muscle has an antagonistic or opposing muscle. If you do not give them both attention during your workout routine you will begin to develop an imbalance which will cause some sort of postural imbalance. That imbalance will lead to misaligned joints which will over time begin to create chronic pain. The imbalance occurs because the muscle getting all the work is eventually getting strong enough to overwhelm the weaker opposing muscle. Think of it as a constant game of tug-of-war with your skeleton.

Not only are you running a risk of muscular imbalances in the lower extremities, but you are also running the risk of injuries to other parts of your body as well, because your body is trying to compensate for the added weight. In an article by Dr. Lance Silverman, board certified by the American Academy of Orthopaedic Surgeons, he says:

The Verdict: Should You Run With Ankle Weights? 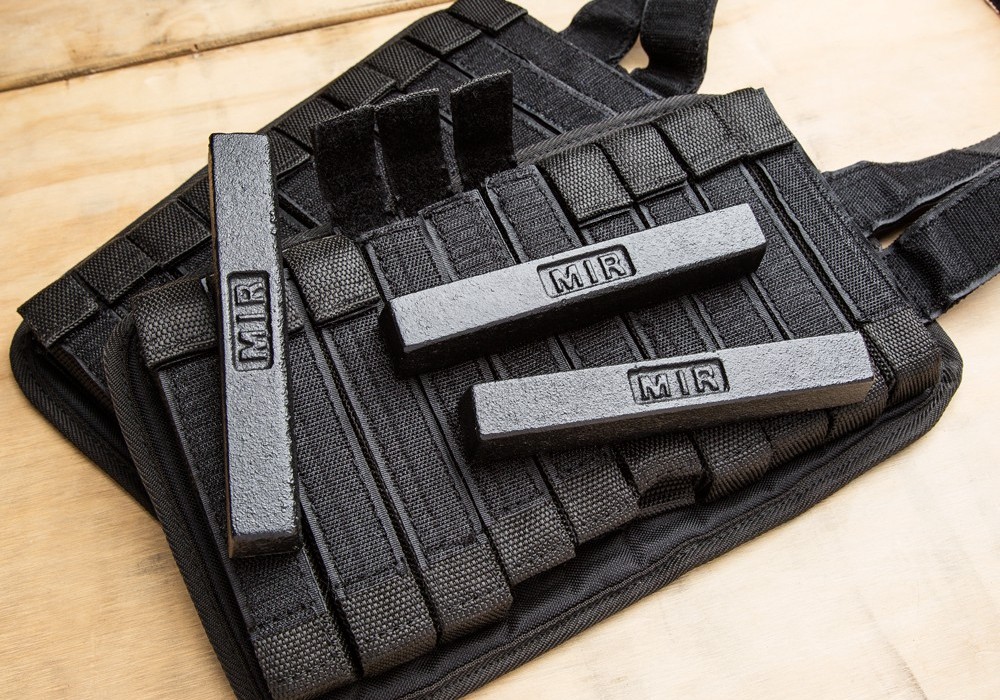 So, should you run with ankle weights? Yes, there are in fact some benefits to it, but in my opinion (based not just on the facts stated here but also falling back on a BS degree in Kinesiology and years of dealing with personal training clients), I am not a fan of running with ankle weights on. In my opinion, the risk far outweighs the reward. I have found that the added weight will change your natural running stride mechanics, often causing you to over-stride without weights. Research will also back this up as well. This also includes running or walking with weights in your hands or around your wrists.

A prime example of this is one of the marathon runners I have worked with for the last few years who has begun dabbling with ultra-marathon trail running. For his long runs he carries water via a handheld bottle. We are talking about 16oz-18oz of water when the bottle is full, so it tips the scales at just about a pound. It sounds minor, but hear me out on this. He has a habit of always holding his bottle in his right hand. I discovered this when I began investigating some chronic pain he was getting in the right side of his neck and his right shoulder. His usual right-handed carry while training for the shorter marathon distance never bugged him, but as mileage went up and he continued to always carry the bottle in his right hand, chronic issues related to muscular imbalances began to come up and cause pain in his right shoulder. Thankfully, the fix was simple. He began to switch hands during his training run and it was just a matter of a couple of weeks and the pain was gone.

If you are interested in increasing the intensity of your run or walk, I would suggest finding an incline, using a weighted vest, or just pick up the pace and run a little faster instead. There is a much less chance of injury and it is a free alternative as well! 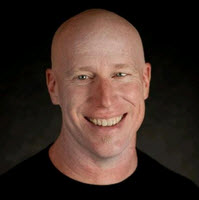 Tim Clark
Tim is a full time gym manager/personal trainer, part time gym designer, part time blogger and part time pseudo-entertaining public speaker as well as a former college athlete and former firefighter with a BS degree from Fresno State in Kinesiology and an AS degree in Respiratory Therapy. His passion is seeing everyday people get healthy and live life to the fullest.