Pickling vegetables has been done for thousands of years as way to make vegetables available out of season, and a way to preserve them on long voyages to keep them from spoiling while on a conquest or manifest destiny-ing one’s way across the mountains. As with other methods of preservation, such as salt-curing, pickling has been consistently used since it was invented, and is widely used today.

You can find several pickled vegetables in your local grocery store, from pickles to beets and herring. Kimchi, a spicy picked cabbage dish popular in South Korea, is even considered integral to a meal. But what is pickling, exactly? Are pickled foods good for you? That’s exactly what we’re going to discuss.

When food is stored for long periods of time, it begins to rot and decay. The strategy behind pickling is to create an environment that is not conducive to the microbes and other compounds that cause foods to decay, keeping the food safe to eat for an extended period of time.

This environment is generally created by salt, acid or fermenting with bacteria. Spices, oils and sugars are also often added for flavor. This process varies in length, and is sometimes performed more than once, as “double fermented” products are often available in Asia.

Pickling gives food a very distinctive flavor, as can be described by the difference between pickles and fresh cucumbers. That vinegar flavor is a byproduct of the pickling process, as many foods are pickled in vinegar. However, different pickling processes and additives breed different flavors of their products. Different spices, sugars, salt content and several other factors are at play here.

One of the biggest benefits of pickled food that has held true for thousands of years, is that it has a profoundly extended shelf-life. Pickled products last up to 2 years longer than their un-pickled counterparts.

Another big pro of pickling can simply be adjusting vegetables to your taste to get more of them into your diet. If the only way you’ll eat cucumbers is as pickles, and the only way you’ll eat cabbage is as kimchi, then that’s fine, at least you’re including these vegetables in your diet, even if they are the pickled variety instead of the fresh version. You will still benefit from the vitamins and minerals contained in your food after the pickling process.

One of the first things to note about pickling is that it decreases a decent amount of the vitamins in your food. Most of the vitamin C is killed during the canning/jarring process and, in transparent jars, the light coming through will decrease the amount of riboflavin in whatever is being pickled.

Another drawback of pickling is that it dramatically increases the amount of sodium in the food being pickled. Sodium is necessary in small doses, but excessive intake can lead to high blood pressure and other cardiovascular issues, which can spell disaster long-term. There has been quite a bit of research done on pickled foods, and most of it is disheartening news for those who enjoy binging on pickles or pickled beets.

The biggest drawback of pickling is that it increases the risk for several types of cancer. This is truly unfortunate, as several types of cancers have high mortality rates and increasing one’s risk of developing this disease is not something one should take lightly. Oesophageal cancer risk has been shown to double in subjects that had a high intake of pickled vegetables. Risk also went up for gastric cancer, by a whole 50%. These increased levels of risk shown during several studies were due to a high intake of pickled vegetables.

As long as pickled vegetable intake is kept minimal, and they are enjoyed in moderation, there is no huge cause for concern, but it is definitely something to think about if you regularly take in large amounts of pickled vegetables and other foods.

So, Are Pickled Foods Good For You?

Well, yes and no. Pickled vegetables still contain vitamins and minerals, as well as healthy gut bacteria. The thing is, pickled vegetables will never be as healthy as their un-pickled versions. As far as vegetables are concerned, uncooked and unprocessed will always be healthier and higher in nutrients than otherwise. 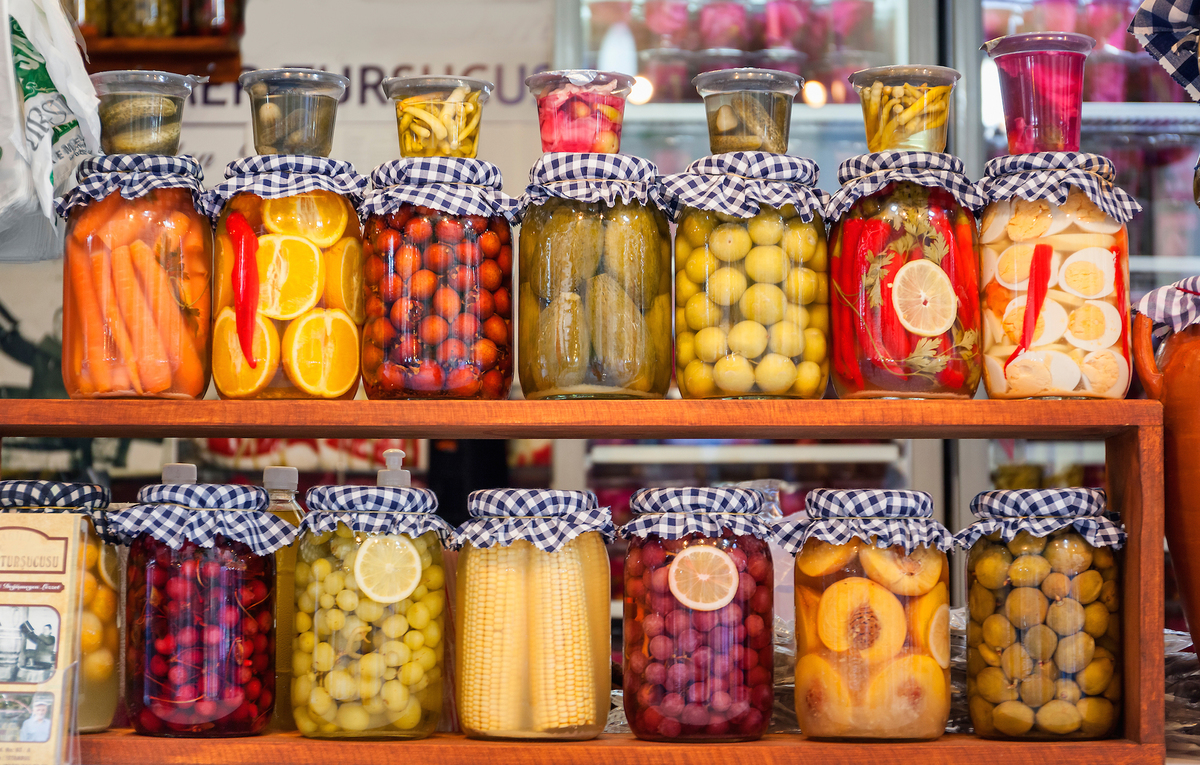 Also, with the increased risk in developing oesophageal and gastric cancer when drastically increasing intake of pickled vegetables, they really aren’t worth making a staple of your diet. Occasional snacking is fine, but large servings of pickled vegetables should be off the menu.

While you shouldn’t feel guilty about the pickled jalapenos on your burrito, or the small side of kimchi that came with your Korean barbecue, consistent consumption of large servings of pickled vegetables should be avoided. Stick with the healthier, unprocessed versions of these vegetables to get more macronutrient value from your food.

As a final verdict, I would say that pickled vegetables are NOT good for you, as there are several other foods out there with more fulfilling macronutrient values that aren’t associated with anywhere near the same amount of risks; however, as long as you’re consuming in moderation and not very often, pickled foods are just fine.

4 thoughts on “Are Pickled Foods Good For You? Here’s What You Need To Know”