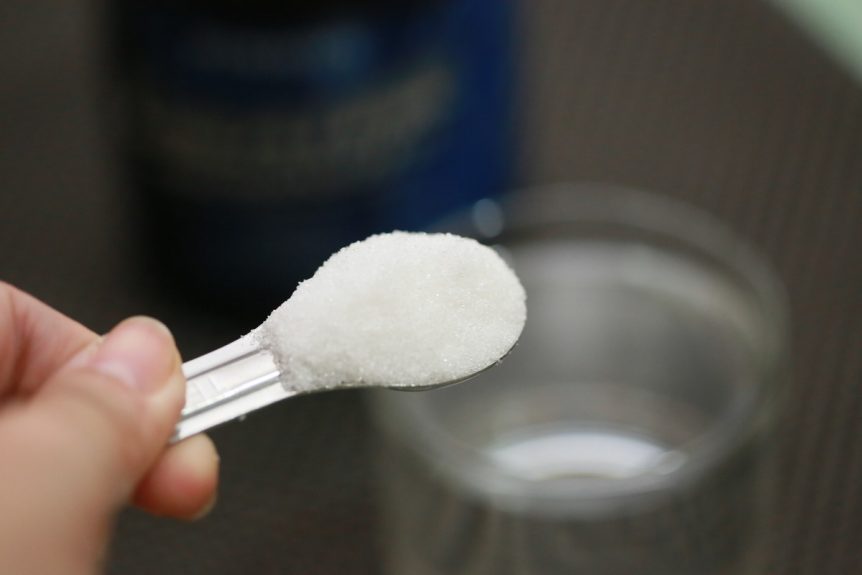 Since supplements have been created, there have been different schools of thought on when to take them. With some supplements, timing can actually produce varied results; with others, timing doesn’t matter as much. One of the most hotly debated supplement timing windows is with creatine.

There are basically 4 schools of thought on taking create: pre-workout, post-workout, before bed and “take it whenever you want because it doesn’t matter.” However, with the importance of sleep in bodybuilding, strength training and general health, there is quite a bit of buzz around taking creatine before bed. Does it affect the quality of sleep, or the ability to fall asleep?

Let’s take a look at the science behind creatine and identify if creatine is okay to take before bed, and when is the BEST time to take creatine. First, let’s break down creatine as a supplement:

Creatine is a widely available supplement that helps boost workouts and aid in muscle recovery. It is produced naturally inside of the body, but not in large amounts. Creatine works by supplying your muscles with a secondary source of energy that activates during muscle contractions. If your muscle has more energy during a contraction, it will be stronger. Stronger muscles during a workout means lifting more weight for more reps and producing more gains in strength and muscle.

Creatine also brings a lot of water to the muscles from the bloodstream, which is why it’s very important to stay hydrated when you’re taking creatine. It brings so much water into the muscle that people starting to supplement with creatine can often gain 2-5 pounds in first week or two if they’re lifting heavy and drinking enough water.

You can buy creatine in powder form at any health or supplement store, and it is available in a wide variety of flavors.

All of the different schools of thought have valid logic, but is there a best time to take it? Taking creatine before a workout makes perfect sense, as muscles use creatine as an energy source during contraction, so we want as much available to the muscle as possible, right? Right, but post-workout creatine also makes sense because creatine helps the body transport nutrients to the muscle to aid in recovery. Before bed use is plausible as well because during your sleep, your body is soaking up all the nutrients you ate in the evening, and creatine will help with that process, similar to the post-workout school of thought.

However, when we look through the studies performed with creatine as a muscle growth/strength enhancer, there has been no conclusive evidence to favor any specific timing with creatine.

With that said, the discussion is not over. If you’re supplementing with creatine monohydrate; then by all means, take it before bed, before your workout or after your workout – the science has shown it doesn’t really matter; but, creatine is often not alone. There are a few common pairings of other supplements with creatine where timing does matter. Here are a few common pairings and their appropriate timings:

Since creatine isn’t affected by other supplements, you can pair it with pretty much anything. Nitric Oxide supplements and other pump enhancers and stimulants are all meant to be taken before your workout. If you’re wondering when to take creatine and you mix up a pre-workout every day, go ahead and toss in the creatine.

Whey protein is one of the most commonly taken supplements; in fact, many fitness professionals recommend that if you’re only going to take one supplement, it should be whey protein. That means that if you’re taking creatine, there’s a high likelihood you’re already supplementing your diet with a protein shake or two per day.

Adding creatine with one of your daily protein shakes is a great way to boost the benefit of the shake and get your creatine in without having to ingest it separately. Whey protein can be taken pre-workout to slow muscle breakdown and fatigue, post-workout to help muscles repair and before bed to feed the body throughout the night. Feel free to include your creatine at any of these times. 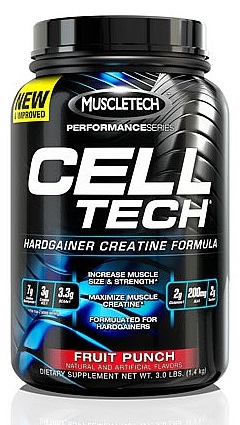 There are a few supplements that have their own category. This is generally due to either the quality of the product as related to the competition of the same category, or simply because it is the only notable supplement in the category. Cell-Tech is one of the most popular supplements for “hardgainers” or people who have a lot of trouble putting on weight due to being naturally very slim and with a fast metabolism.

Think of the concept of whey protein – mass intake of macronutrient we don’t get enough of during our daily diet. Cell-Tech is this, but with carbohydrates. “But why would you want a surge of carbohydrates?”

Normally, you wouldn’t. However, several studies have shown that a surge of carbohydrates after a workout help transport nutrients to your muscles, which aids in muscle growth. Carbohydrates also play the part in adding extra calories to the diet of someone who is having trouble gaining weight with just whey and dieting.

The reason that Cell-Tech is on this list is because it contains an ample amount of creatine. Since it contains a large number of carbohydrates, there are a few options of taking it. If you’re taking it once a day, it should be immediately post-workout: no exceptions. The carbohydrate boost will help your muscles receive all of the nutrients they need to rebuild. If you’re taking Cell-Tech twice a day, it should be taken post-workout and before bed.

Many people with fast metabolisms will lose several pounds while they sleep, so if they supplement with Cell-Tech before bed, their bodies are being fed throughout the night and the 6-8 hour “fast” is significantly shortened.

Taking creatine on before bed, before your workout or after your workout are all completely fine. You can even take it in the morning, if you like. Just make sure to take it consistently. Creatine isn’t a supplement that you can just take on days where you have heavy workouts and want a strength boost; you have to supplement with it consistently so your body can transition to using it as an energy source. The best way to gauge timing of creatine is to include it in a supplement that you’re already taking where time is more pertinent.