You’ve been hitting the gym, drinking your whey protein shakes, but you’re not noticing growth. There are a few factors that could be at play here.

The first possibility is that you simply are not getting enough calories into your diet. This could be due to a busy lifestyle, a weak appetite, or simply a naturally fast metabolism. Regardless of these factors, weight gain (including large gains in lean muscle) cannot be achieved if you are at a caloric deficit, or burning more calories than you are taking in.

Another possibility is that you aren’t getting enough carbs in your diet to get the anabolic effect of insulin and the energy from the glucose carbs break down into so that protein can take care of your muscles. If you don’t have enough carbohydrates or fats in your diet, your body will use protein as energy.

Whichever situation sounds like it could pertain to you, there is a supplement that can help: mass gainers. Today we’re going to talk about gainer supplements and how to use mass gainer for optimal results.

Mass gainers have one purpose and one purpose only: to pack on weight. There are ingredients in mass gainers that promote lean muscle gain but make sure you’re hitting the gym hard while on a mass gainer supplement, or the caloric excess will get stored as fat. A lot of fat.

Speaking of caloric excess, that’s one of the key features of mass gainers. Many beginning lifters, or people with a busy lifestyle looking to pack on weight either don’t know how or simply can’t pack the calories into their diet that they need to grow.

Most protein powders are anywhere between 160-300 calories per serving (depending on if you’re single or double scooping). This is good for people who need to supplement their diet with protein but are also trying to either lose weight or just get more tone in their physique.

However, if you’re trying to pack on mass, something higher in calories is more desirable. This is why mass gainers contain around 800-1300 calories per serving. One or two scoops of a gainer complex per day can seriously supplement your macronutrient and caloric intake to help transform your body from skinny to ripped. Take a look at Zac Efron’s ridiculous transformation below. 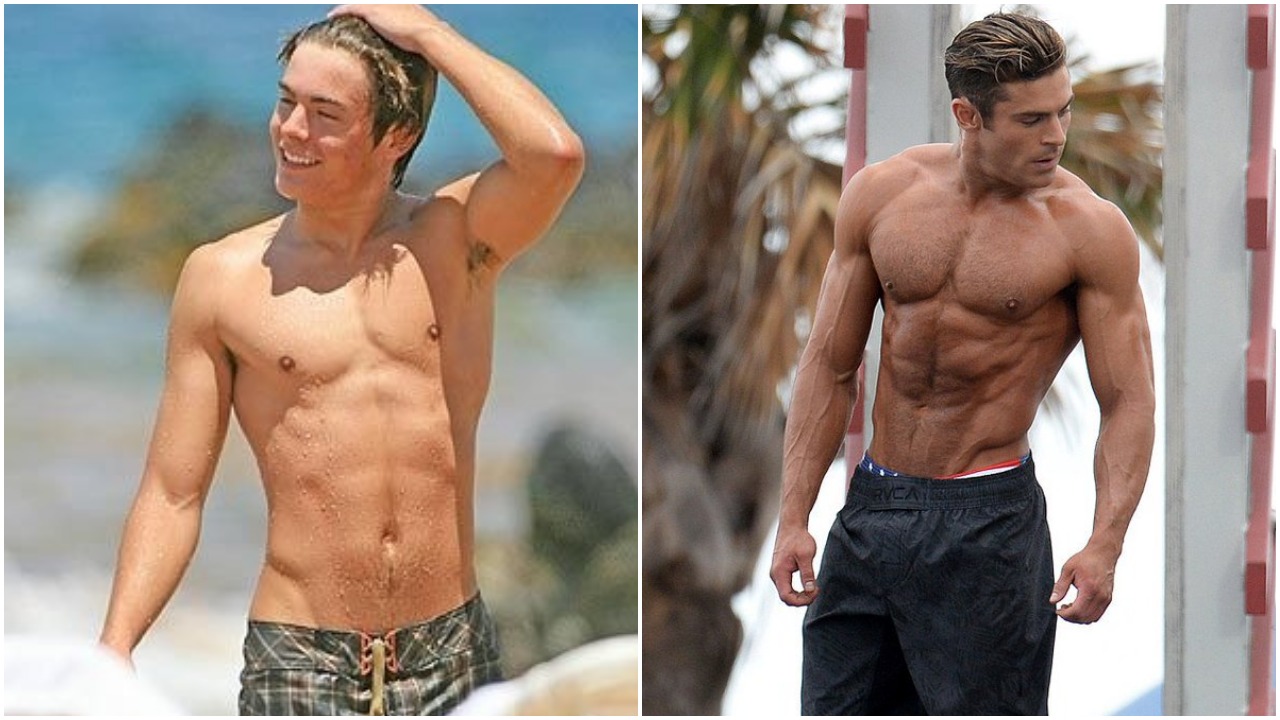 When To Use Mass Gainer

If you’re trying to lose weight and build muscle, and you wish the muscle would come a little quicker, a mass gainer is not the supplement for you. Whey protein and creatine could be good options to rebuild muscle and give a boost to your workouts, but the supplementation of a mass gainer while trying to lose weight will put you at a caloric surplus and your body fat won’t be going anywhere.

Hardgainers are people who not only have trouble putting on muscle, but difficulty putting on weight in the first place. Hardgainers are categorized by fast metabolisms and relatively low natural body fat. So if you’re having trouble putting on muscle after reaching caloric intake and macronutrient goals, or you simply don’t have the time or ability to hit those caloric goals using a mass gainer will provide the surplus you need to start packing on mass.

When you’ve reached your weight gain goal, or you’re starting to notice a bit of body fat accumulating around the muscle you’ve packed on, it’s time to cycle off of the mass gainer until it’s needed again.

There are also some weight gain formulas out there that aren’t centered around whey protein and are more centered around carbohydrates and creatine. These supplements are meant to be taken post-workout to flood your bloodstream with glucose to help bring nutrients to your muscles.

Creatine also takes water from the bloodstream and pumps it into your muscles to produce a fuller, more voluminous musculature. It isn’t uncommon for people on these supplements to gain 5-8 pounds in the first few weeks of using it, but be aware that a good portion of this can be water weight from the creatine’s action of making your muscles retain water. Although water weight gain is bound to happen, these weight gain supplements can help you pack on mass by their caloric density.

The creatine contained in these gainers will also boost your workouts and cut down your recovery time so you can hit the gym harder and longer, with smaller rest periods in between.

The journey to a built physique is a long one with many bumps and roadblocks, especially for those with a busy lifestyle, a weak appetite or a lightning-fast metabolism. Eating your way to your caloric intake requirements for growth can be difficult to impossible without some serious help.

Mass gainer supplements can be a godsend for someone who is having difficulty putting on muscle with the resources available to them. Mass gainers contain a ton of calories and generally plenty of protein to help you pack on some serious size. Remember, you still have to eat big when on mass gainers, as they are not a complete replacement of your diet, and you’ll still need to get all of your other vitamins and macronutrients from food.

Steer clear of mass gainers if you’re trying to drop body fat, but otherwise weigh your options, pick up a tub and go pump that iron! If you have any additional concerns, be sure to consult your health care provider before supplementing with mass gainers. You’ll be on the road to growth in no time.

Hardgainers are folks who have a very hard time building visible muscle mass.  For whatever reason, they can work hard and just not end up building definable muscle.  Some potential reasons that someone might not be able to gain muscle mass might include nutritional deficits or bad workout habits.  It’s not a matter of working out poorly, but perhaps incorrectly.

Weight gainers are a popular way for skinny people to gain weight quickly.  They’re high in calories and carbs in a small form factor which will allow you to increase your caloric intake and put on weight.  You’re going to have to make sure that you are still eating more to complement the supplement, but weight gainers should be a good first start.