Having veins popping out of your arms like Sly Stalone in Rambo is a welcome attribute when you’re putting in a lot of work at the gym. You’re busting your butt and lifting heavy, of course, you want some ripped vascularity so the world knows. Vascularity is basically the ability to see your veins and the striations in your muscle. There are many bold claims in the fitness industry for certain products and supplements to deliver amazing results in a short amount of time, but there is no shortcut to maintaining a vascular physique.

How many veins and striations you’re able to see in your physique depends on a few factors.

This is why most professional bodybuilders have different levels of training during the season, usually consisting of a bulk and a cut. A “bulk” cycle is where one eats big and lifts big. Bulking’s goal is simply that – to put on mass. After muscle mass has been gained, along with some body fat due to the caloric excess, bodybuilders will transfer to a “cut” phase. The cutting phase is implemented to lean out, maximize muscle definition, and lower body fat percentage.

If you have a high or even moderate body fat percentage, chances are that your veins won’t exactly be popping out. Combining high intensity cardio (intervals are great for this) and high-volume weight training are the keys to bringing out the vascularity in that muscle you’ve worked so hard to gain.

In another scenario, maybe you don’t have very much muscle mass yet. You won’t be able to see the striations in your muscles because they aren’t developed or defined.

This is where you would implement a bulking regimen and try to put on some mass before leaning out to show those popped veins and muscle striations and definition lines we see in the magazines. Stick to heavy lifts in the 8-12 rep range, eat big, and don’t worry too much about cardio (maybe once or twice a week) to put on muscle mass.

By implementing a bulking phase, you’ll be able to gain mass faster than by staying lean, and after you put on the weight, you can lean back out and show off those new muscles. 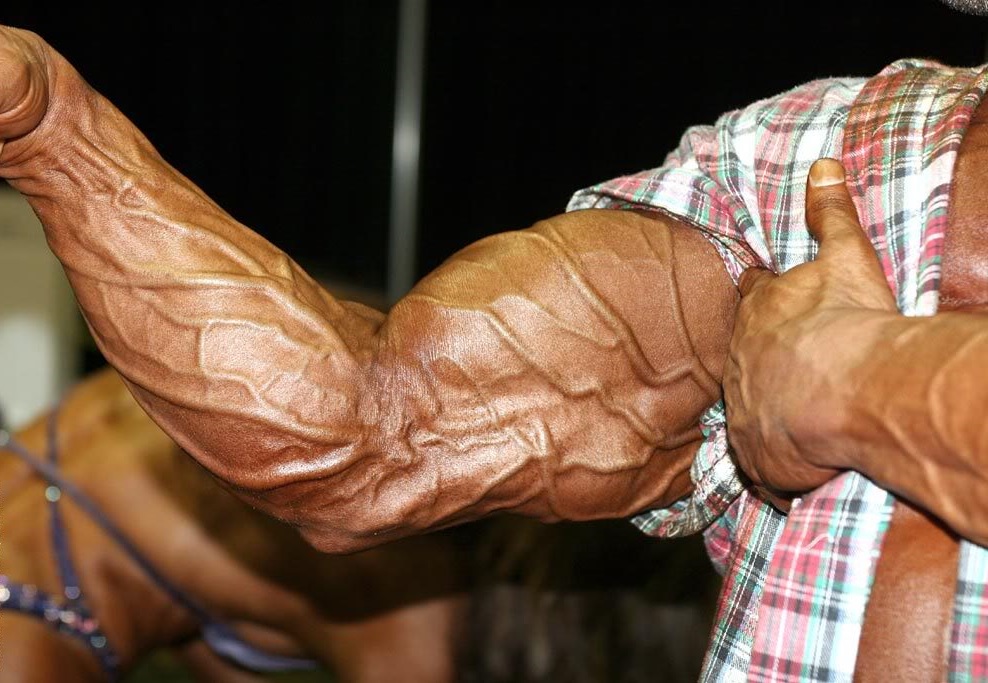 If you’re constantly taking in a lot of carbohydrates, it will be hard to have a vascular appearance. However, carbohydrates are necessary for maximum vascularity. Confused? Let me explain.

Having a high-carb diet will make it hard for you to lose fat when exercising, and fat will cover up those veins you’re looking to make stand out. A popular and effective way to obtain vascularity is to maintain a low-carb diet and have a high-carb day before you want to be at your most vascular. This pulls water into the muscles and makes them look fuller and will make your veins stand out more.

Supplements that promote vascularity are called vasodilators, or compounds that widen or open your veins more. There are several supplements on the market with vasodilating properties, such as L-Arginine and creatine monohydrate, which will help increase blood flow to your muscles during a workout and leave your feeling more “pumped”.

There are also several pre-workouts that advertise a great pump to your workout, but many of them are loaded with caffeine and are simply short-term boosts in energy and not likely vascularity, and don’t do much for long-term vascularity.

Experiment with a few different supplements like creatine, L-Arginine, and various pre-workouts to see what has the most positive effect on your vascularity.

The bodybuilders and fitness models you see in magazines with their veins popping out every which way and are as vascular as the day is long don’t look like that every day. Maintaining an extreme level of vascularity like this is next to impossible, and trying could endanger your health. 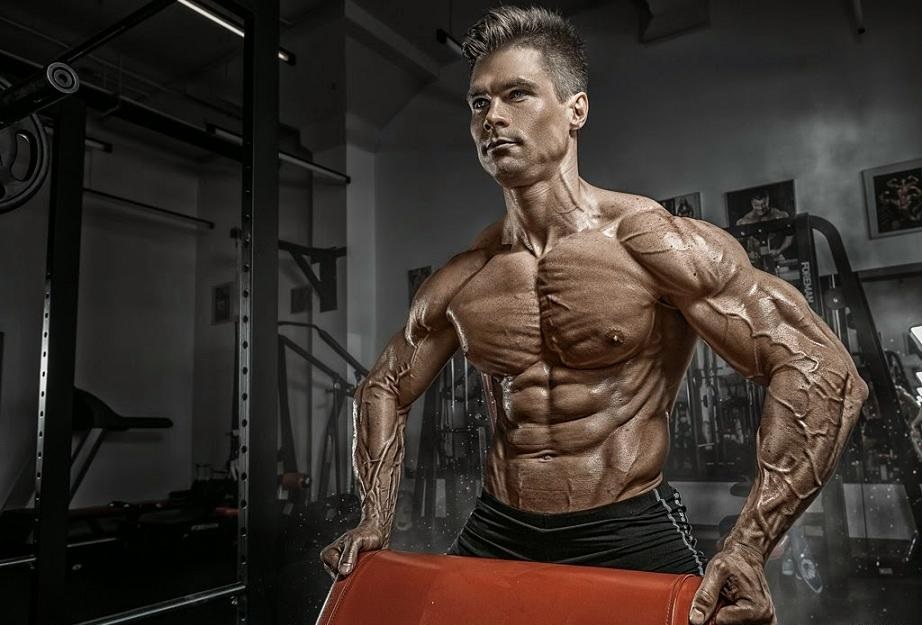 One of the main components of being extremely vascular is being dry. When your muscles are loaded with water they may look fuller, but won’t be as vascular. If you have a show or event coming up where you want to be particularly vascular, water manipulation is key.

Start out by drinking a large amount of water (just over 5L daily) for 4 or 5 days. This will get your body in the habit of flushing out fluids, as it won’t think retention is necessary due to the constant intake of water. After this “loading” phase, you’ll cut water intake drastically, barely drinking any water for 2 days. Combine this with staying low carb throughout the loading phase and eating a few carb-heavy meals on the last two days to pump up the muscles, and by day 2 of little water intake you’ll be dry, your skin will be thin and your veins and striations will be clearly visible.

Many bodybuilders and models will also drink a glass of wine the morning before the shoot to further dehydrate the body. This state of dehydration shouldn’t be maintained for more than a day, or you could be subject to dizziness, headaches, nausea, and other effects of dehydration.

It’s difficult to get the vein-popping, striation-heavy physique that we see in magazines; but, with lots of hard work, it’s not impossible. There are several factors involved with vascularity. Genetics certainly play a part in how your veins show, as well as body fat percentage, muscle mass, and the amount of water weight you have on your body. Of all of these factors, body fat percentage is the most important.

Train hard and make sure you’re eating right to get that body fat down into the single digits. If you have enough muscle mass and you’re monitoring your water and carbohydrate intake, there’s no reason you can’t have the head-turning veins you see in the movies and magazines.

Is Being Highly Vascular good for your Health?

Depends on how you do it, and how extreme your methods.  Working out a lot and building muscle mass can be good for your health, but it doesn’t necessarily mean that you’ve got a healthy body.  A significant portion of vascularity is controlling your hydration and your water supply which can result in dehydration, an obvious downside.

What Foods Help you be Vascular?

You want low body fat to be vascular.  Anything sort of diet that will help you cut your body fat down to single-digit levels will help you become more vascular.  You’re going to want to avoid carbs until you’re wanting to show off your vascularity, then you’ll want to gorge on carbs to make your body pop.

Vascularity is when you have extremely low body fat with many striations and highly visible veins.  It’s the state that body builders try to get to before their competitions or photoshoots, where they have all muscles out and at their fullest.  Except that their bodies at this point are drained of water, to make their skin thinner, and they’ve augmented their diets for a week leading up to that moment.