Milk is a subject of much speculation and division in the fitness world, and there are as many opinions on it as there are varieties. Skim milk, whole milk, 2% milk, soy milk, chocolate milk, etc. – and the common question is: does milk help you gain weight?

Consumption of milk in relation to fitness goals is completely up to what your goals are. If you’re on a low-fat diet, a cutting phase or simply trying to shed a few pounds, milk may not be on the menu for you; however, if you are trying to gain weight and put on some mass, milk is your friend.

The Nutritional Value of Milk

Milk is packed with not only the calcium for strong bones advertised in the Got Milk? commercials of days past, but it is packed with protein, carbs and fat. One cup of whole milk has 8g of fat, 8g of protein and 12g of carbohydrates. All of these macros add up to a whopping 150 calories per serving.

Agreed, 150 calories does not seem like a lot, especially in terms of weight gain in the fitness world, but keep in mind that this is for a 1 cup serving size. Look at it like this, the recommended daily intake for water is 6-8 glasses. If you drank 4 cups of milk today (about half of that) it would add up to 600 calories. That’s a fifth of your daily caloric intake for a 3000 calorie weight gain diet coming from about 2.5 standard drinking glasses. For all of my fellow milk fans, you’ll know how easily a glass goes down.

Doesn’t seem so insignificant now, does it? If you’re on the less tolerant to dairy side of the coin, don’t worry. Soy milk can be a great substitute and contains the same amount of protein as whole milk, though it only has half the fat.

How Milk Helps You Gain Weight

In addition to containing calories needed for muscle growth and recovery, milk contains quite a bit of protein per serving. Protein will not directly pack on weight, but its promotion of muscle building and recovery will.

When you work out and break down your muscle fibers, they must repair themselves – that’s how they grow. Including a good amount of protein in your diet (recommended 1g per pound of bodyweight for mass gain) will ensure that your muscles are getting what they need to grow after you put in your time at the gym.

In addition to the protein, milk contains just as much fat, which can be a benefit if weight-gain is your goal. It also contains good amounts of vitamin K and calcium; which, as you’ve probably heard a million times through advertising, are essential to healthy bone growth.

Milk Can Be Used Countless Ways To Help You Gain Weight

Another thing about milk that makes it such a great tool in putting on mass is that it’s very easy to include in your diet. Forget about trying to wolf down 6 glasses of milk at the end of the day to rush in your caloric intake, it can be consumed throughout the day in several different ways. 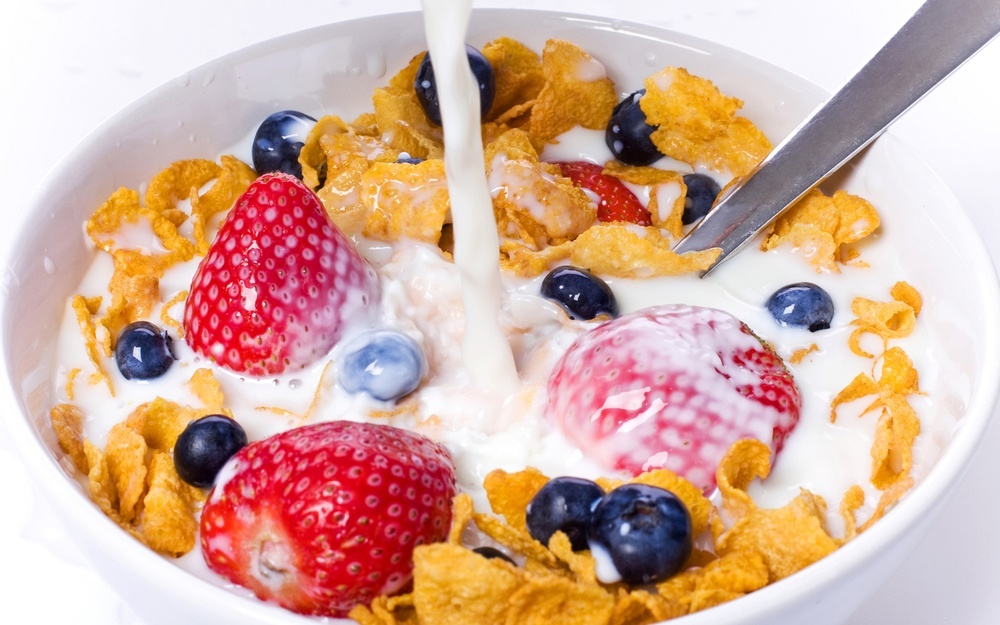 Have some cereal with milk, pour milk into your oatmeal, use milk with your protein powder or weight gainer supplements, make smoothies with it, etc. Milk is a great way to supplement your meals (and diet overall) with extra calories.

In fact, there is currently a bodybuilding trend called GOMAD (gallon of milk a day) which is taken as gospel for many young bodybuilders with lightning-fast metabolism looking to put on lean muscle. This is an extreme measure, but it serves as a great example of milk’s justified prominence in the fitness community.

Milk’s burlier (and less drinkable) cousin, cream, can also be used your diet. If weight gain is your goal, eating sauces containing cream, creamy scrambled eggs, dishes containing butter, ice cream, etc. These are all foods that will put weight on fast, so make sure you’re hitting the gym hard so it doesn’t get stored as fat. If not enough carbohydrates are burned to create a need to use fat for energy, it won’t be lean weight that starts stacking on your body.

Drawbacks & Precautions To Know About

One of the main drawbacks to milk is it’s accessible to a variety of dietary requirements. A good portion of the population is either completely or partially lactose intolerant. This is actually due to the body’s waning acceptance of lactose as it ages due to the dissipating need of mother’s milk.

What happens scientifically here is that the body stops producing lactase, which is the enzyme that helps digest lactose. This is something that can happen gradually over the course of several years, or it can be a sharp cutoff once a certain age is reached, it all depends on the genes you were born with. What allows those of us who are not lactose intolerant to slip by is simply the genetic hand we were dealt.

However, as already mentioned above, there are several substitutes that can stand in for milk when it is unable to be digested. Soy milk is a fan-favorite substitute for milk, and for a good reason. Although it only contains half the fat as whole milk, it contains the same amount of protein per serving. Soy milk also contains 3 more grams of carbohydrates per serving. This is simply due to the sugar in soy milk for flavoring, but it’s still used as fuel for your body. 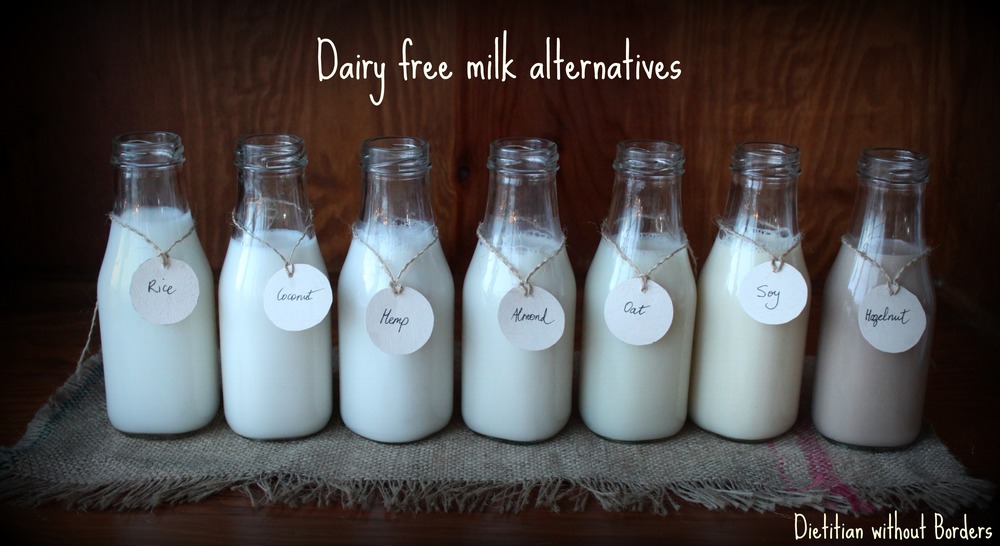 When it really comes down to it, any calorie-dense food is going to help you to gain weight. The clincher here is that milk has the benefit of being 1.) available in liquid form and 2.) extremely versatile in how you can include it in your diet.

Milk also has the benefit of being cost effective, which is actually one of its most useful aspects. High in protein, high in fat, high in carbohydrates, cost effective, widely available, and offers several intake options? That’s right. Milk packs a powerful 1-2 (3-4-5…) punch of convenience and nutrition.

Whether its whole, 2%, skim or soy, if you are trying to pack on mass, do yourself a favor and up your milk intake. You’ll see the results.