Building a great chest is one of the most common fitness goals. After all, what did you notice about Superman, He-Man or the G.I. Joes as a kid? There are many exercises to build up those pecs, and many of them work. However, there is one exercise that has been the staple for chest development for decades: the bench press.

Any day you go to the gym, you’ll probably see at least 1 person do a bench press – they are one of the most commonly implemented exercises and tests of upper-body strength. From high school football weight rooms to Olympic training centers, the bench press is everywhere. With that being said, even in the bench press, there are several different varieties.

The topic we’re going to cover in this article is the issue of barbell bench press vs smith machine bench press. This has been a hotly debated topic in the bodybuilding and fitness community, and it’s time to take a look at the pro’s and con’s of each, and find out which exercise is right for you.

So what makes this exercise so great? This exercise blasts your chest, shoulders and triceps, making it one of the most effective upper-body compound exercises. Your legs, back and core are used as stabilizers, as well, so you’re getting all-around recruitment.

A lot of the beauty in this exercise lies in its simplicity weighed with its effectiveness. A bench press rep is a series of 2 movements: letting the bar down to your chest, and pressing it back up. That’s it – straight up and down. An exercise that will build your chest, shoulders and triceps with amazing efficiency consisting of those simple movements? It’s no wonder the bench press is so widely used. 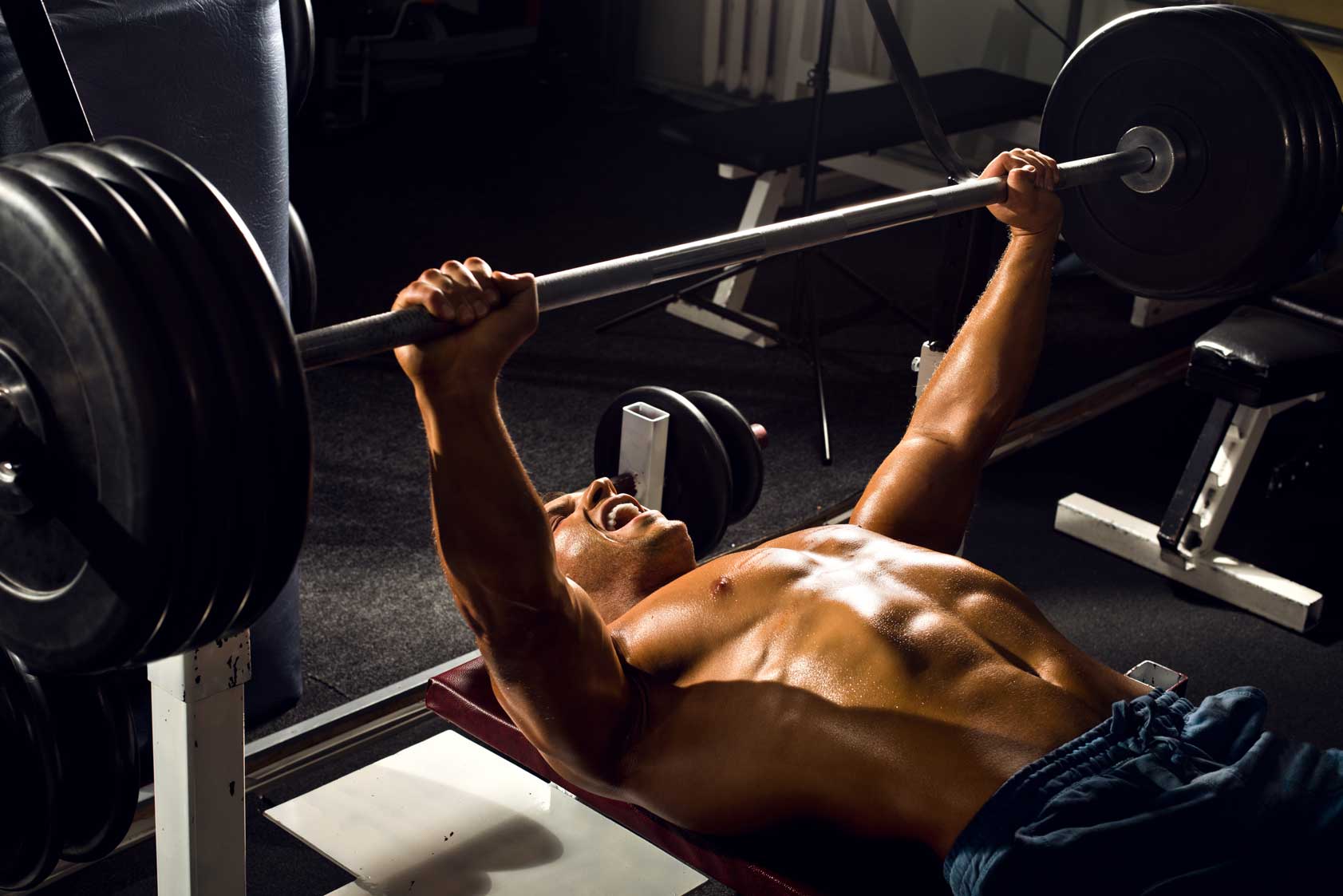 The exercise focuses on the mid and lower pectoral muscles, the anterior deltoid (front head of the shoulder) and the triceps. Let’s break down the benefits and drawbacks:

There are several benefits of the barbell variety of bench press. One of the benefits is stability. If you’re performing with dumbbells or kettlebells, you run the risk of raising or lowering one hand faster or slower than the other hand, which could lead to an imbalance.

In the same vein of stability, using other devices like machines to do a version of the bench press can take a lot of the stabilizer muscles out of the movement, which isn’t necessarily a good thing because you want to activate those stabilizers when you can (so that’s another point for the barbell bench press).

Also, barbells have a wonderful capacity for holding and bearing weight – it’s their purpose for living. As you get stronger and want to start putting more weight on, just slap a few more plates on the bar and you’re good to go.

One of the main drawbacks of the barbell bench press is safety. We want to exercise and lift heavy weights for better results, but all through the cautious lens of safety.

If you don’t have a spotter and you’re not in a power rack or bench with safety pins and go too heavy on barbell bench press, there’s no other place for the bar to go than on top of you. For this reason, the barbell bench press is an exercise that many are injured performing.

Having strict form is also extremely important, and can be a con to this exercise. If the form is bad, imbalances can be formed and one can become more prone to rotator cuff and chest injury.

The smith machine bench press is the same exact movement as the barbell bench press, with a few differences in how it engages your body. Smith machines can be found in most commercial gyms, and are simple pieces of equipment that only take a few seconds to learn how to use. They are designed to allow you to go heavy safely on exercises. 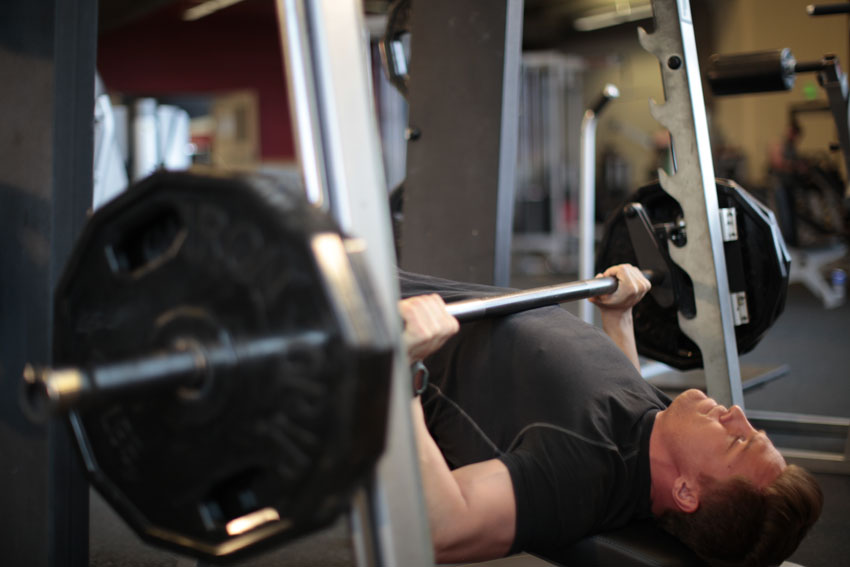 Remember the first con of barbell bench press? Safety first! The smith machine allows you to stop the bar upon failure with a flick of the wrist so it doesn’t come down on you. That means you can go heavy without a spotter and be at minimal risk of injury.

Also, for those of you who have home gyms, or are looking to invest in a home gym, smith machines are MUCH more expensive than weight benches with a barbell bench press setup, and take up much more room. Smith machines can be very useful to have, especially if you plan on going heavy without a spotter, but it’s a big initial investment.

So, Which Bench Press Is Right For You?

Both. Hold on, hear me out. If you’re aiming for the mid to high rep range where you can feel failure coming from 2 or 3 reps out, or if you have a spotter or power rack for safety, you should be doing the barbell bench press. The bar is completely supported by you, your grip and your stabilizer muscles, and you’ll get the full benefit of the exercise.

However, if you don’t have a spotter and you’re really looking to go heavy, or you’re new to the bench press and you’re getting your form down, the smith machine bench press is a great alternative.