Weighing yourself every day can be a great way to track your progress, as well as monitor your health. If you’re consistently weighing yourself, you can make on-the-fly adjustments to your diet or training regimen to help you get closer to whatever fitness goals you may have. But you won’t just be standing on your kids’ playset and seeing if it breaks, will you? You’ll use a scale. However, not all scales are made the same.

Scales come in 2 main categories: analog and digital. An analog scale is the one where you step on the platform and the little wheel with numbers on it physically spins and places the dial where the needle corresponds to your weight. With a digital scale, you step on the platform and after a second or two a number pops up on the screen, maybe with a programmable BMI or some sort of tracking feature.

Both of these varieties can be extremely accurate and precise in gauging your weight and communicating it to you; however, there are some differences in how the information is processed, and the consistency over time.

To see if digital scales are accurate for measuring your weight, we’re going to stack it up against analog scales in three categories: accuracy, precision and longevity. If you’re shaky on the difference between accuracy and precision, hold your horses; we’ll get to it in due course. First, let’s take a look at the differences in accuracy between analog and digital scales, and how we can get the most accurate readings from them.

We define accuracy as how close the number on the scale is to your actual weight. Scales can claim to be accurate to the tenth of a pound, or to an eighth of a pound, but you won’t know until you test it out.

Digital scales can be incredibly accurate, as they are often used in laboratories where exact calculations are needed. One of the most desirable traits in a scale, which almost every analog scale has, but not every digital scale, is calibration.

Calibration enables you to make your scale more accurate by editing its output, or the weight it displays. Scientific weights that have been exactly measured (usually made of lead) can be purchased online and used for calibration. Calibration is handy because if the scale is off (whether digital or analog), you can simply calibrate the scale instead of returning it and buying another.

Out of the box, there is no inherent difference between the accuracy of digital and analog scales, but the ability to calibrate is generally limited to analog scales and middle-upper-to-upper-tier digital scales.

With accuracy, analog and digital can both be extremely accurate, but the potential for communicating this accuracy is not as great with analog scales, which brings us to our next category: precision.

Precision is basically the amount of decimal places a scale can display your weight to. If you can see your weight as 175lbs scale A and 174.89lbs on scale B, scale B is more precise. Again, precision is how effectively accuracy can be communicated.

In this regard, digital scales have the upper hand. An accurate scale is going to give you a better idea of your weight, and a more precise reading than an analog scale. They are also much easier to read, by using decimals instead of lines in between numbers. Pretty much all scales these days go to at least 2 decimal places, with most going up to 4 decimal places.

In precision, there is no doubt that digital scales are better. With that being said, stressing out about a hundredth or thousandth of a pound is just downright silly. 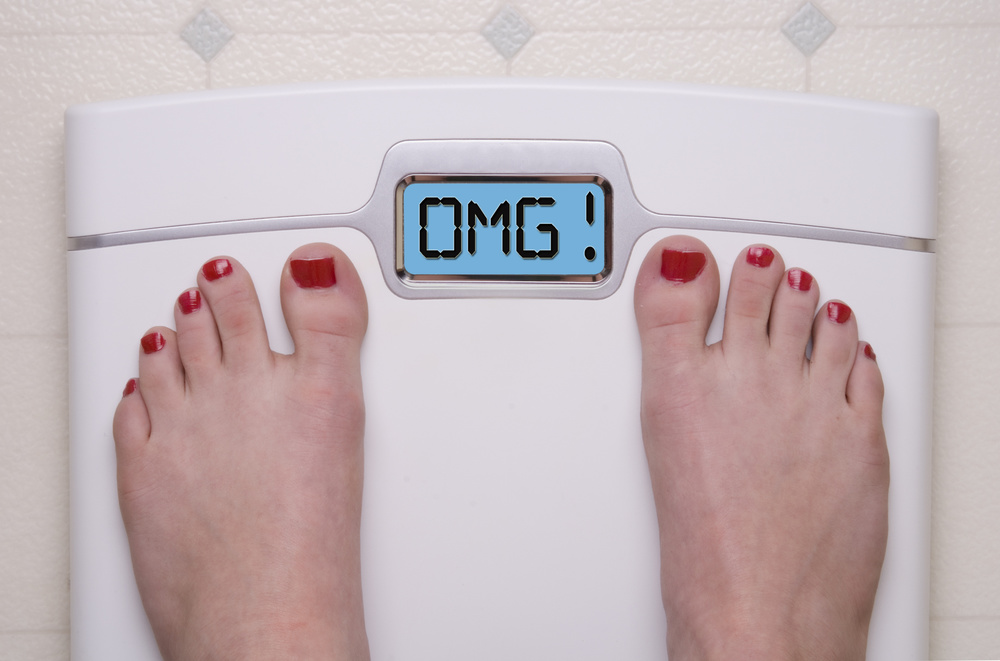 Maybe your hair grew an inch or you have belly button lint. The human body is not precise, and there are MANY factors that play into your weight, so don’t place so much emphasis on those smaller decimal places.

This is where it gets tricky. Remember when we talked about calibration? Not having the ability to calibrate a scale basically renders it useless after the springs and sensors start wearing out (could be a matter of months or years), unless you know the weight is consistently off by a certain amount. Technically, then you could self-calibrate…but who wants to do that?

So, Are Digital Scales An Accurate Way To Measure Your Weight?

Certainly – well, almost certainly. It depends on which scale you get and if it can be calibrated. With digital scales, you get what you pay for. A more expensive price point on a scale generally yields a more accurate weight (remember, accuracy is more important than precision). There are scales in certain price ranges that are more accurate than other scales in the same price range, so make sure to read reviews and read any manufacturer notes about accuracy or consistency.

I’ve done a little digging around online, and it seems the brand EatSmart has the best reputation when it comes to digital scales. They have a collective 40,000+ positive reviews and pretty competitive prices when it comes to the digital scale market. Check out a few of their Amazon listings below for yourself:

Digital scales are inexpensive to pick up, they’re easy to store away and they’re generally more aesthetically pleasing and stylish than analog scales. Find one you can calibrate, or one with a great level of accuracy (make sure to test it out yourself a few times before tearing up your receipt). Weighing yourself consistently and noticing trends is more important than knowing your weight to the 1000th decimal place, but precision can definitely help you notice small trends and fluctuations.

Make sure to read reviews and pay attention to any manufacturer claims and you’ll be able to pick up a digital scale that can accurately measure your weight, and display it with a great deal of precision; and, if you can calibrate it, it will last longer and get you more bang for your buck.

9 thoughts on “Are Digital Scales Accurate For Measuring Weight?”